Today’s post concerns how sensor choices are made in real applications. I have written various posts on sensors in the past, and even participated in a Control Engineering webcast and forum last year on the topic. While I have covered a variety of technical aspects of sensing, I thought I’d explain a bit about how I chose some of the sensors in my own application.

Last Summer I showed some of the fibers I had selected for my tabletop factory, explaining that some sensors were a bit more complex than needed for certain applications. The fiber optics I had installed are now used on a more delicate application as shown in the following pictures:

These fibers are positioned to detect small balls as they are ejected through the hole into these plastic boxes. 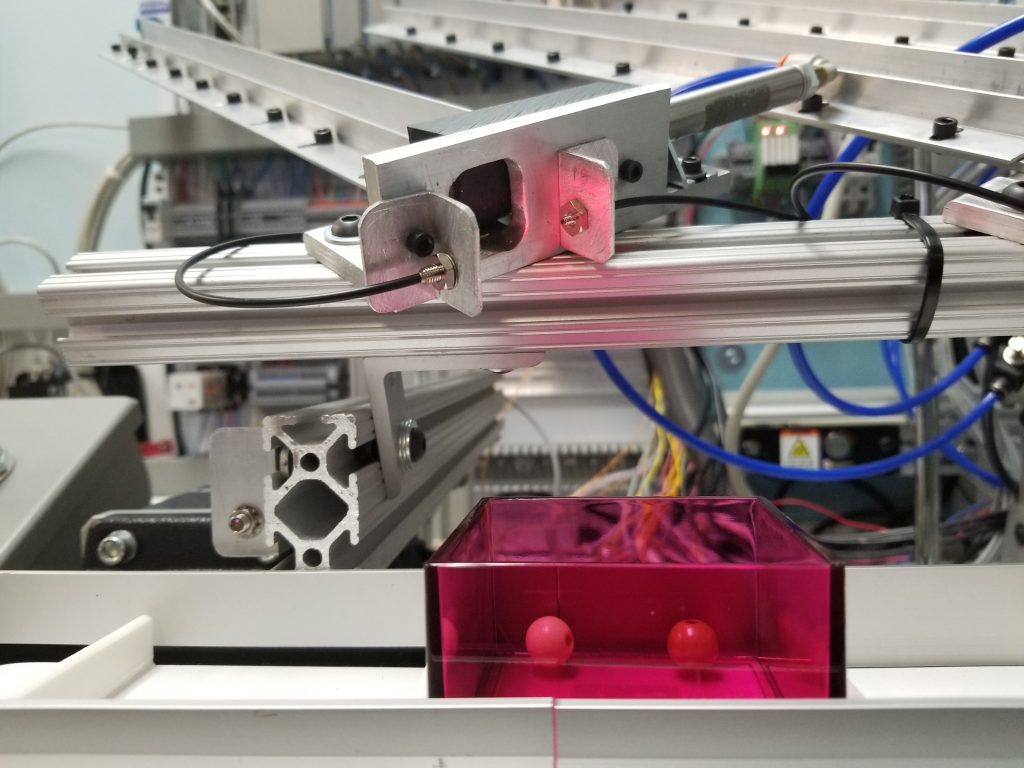 There are three of these escapements along the indexing conveyor. Each escapement drops a number of different colored balls into each box and the boxes are then examined later with a machine vision system to ensure that the correct balls are in each box. 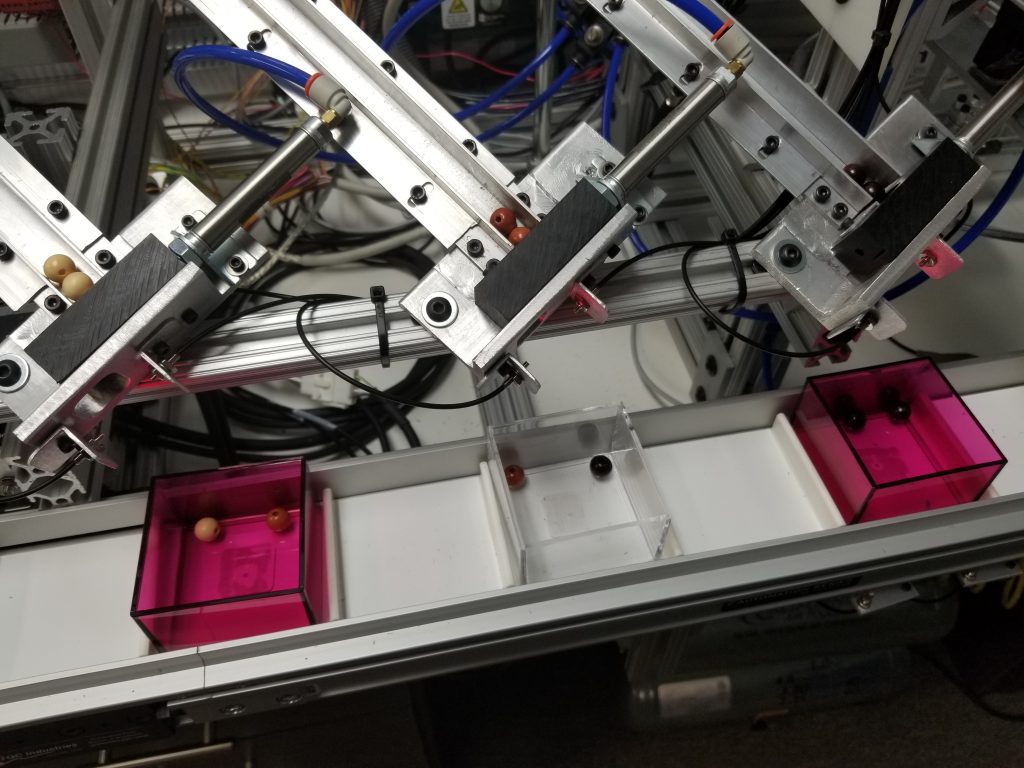 In this case the balls don’t block the fiber optics for very long and it was important to ensure that the fiber amplifier could switch quickly, so I selected these Banner amplifiers that are used for high speed, small object detection.

The threshold can be set remotely using a “teach” signal, but there are also controls on the amp itself to accomplish this.

Another special purpose sensor I chose were the ones that are used to detect the plastic boxes themselves.

In this case I was constrained by both space and the fact that other objects were in the way. I want to detect the box, but not the rail on the other side of the conveyor. The sensing range of these sensors is less than two inches.

Notice the large cutaway. The sensor would actually detect the rail even though it wasn’t directly in front of the sensor. It’s a bit of a hack job when viewed close up like this, but I can clean it up later.

These diffuse sensors from Automation direct are pretty cool. They are very small, fairly inexpensive, and easy to mount. I have four more of these I need to mount and this application will be complete! Unfortunately two of them are on the back side of the machine and are hard to access. 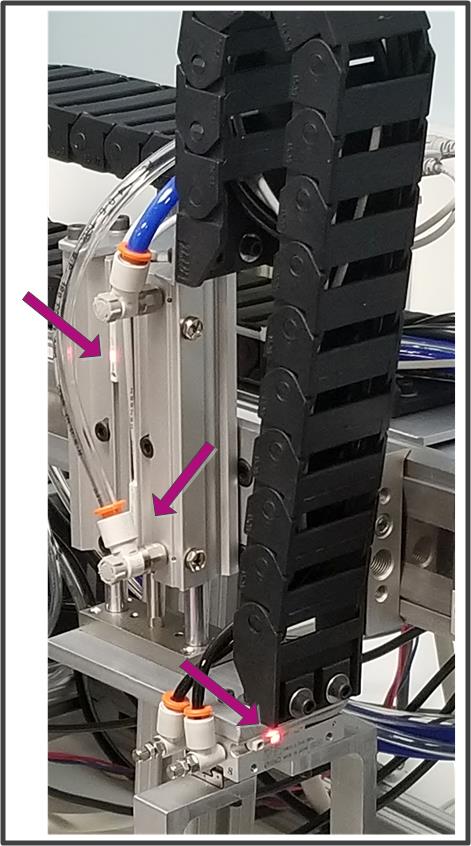 Another place where there are sensors on this application is on the air cylinders. In this case though there is very little to choose from, since the sensor has to fit in the slot of the cylinder. The only real choices were NPN vs. PNP, or quick disconnect vs. pigtail wiring. These sensors are actually hall effects rather than proxes; they detect the magnetic piston inside the cylinder. Since they have to fit in the slot, the only choices are from SMC.

This is a little insight into some of the decisions that are made in machine design. Often a mechanical designer will draw all of the sensors and brackets into the design before the sensors are purchased, but in my case I just “wing it”. This machine’s entire purpose is to use as a training tool, so a but of imperfection is o.k. After all, troubleshooting and changes will be a big part of what I will be teaching.

Most of this machine is operational now via the touchscreen, at least as far as manual functions. There are indicators for all of the sensors which makes it easy to debug the operation of the system. This is going to be a lot of fun for programmers!