Over the past six years I’ve written posts about a lot of different companies; machine builders (Nalle Automation/NAS, Wright Industries/Doerfer, even my old company ACS), training companies (Automation Training and Udemy), and a whole bunch of controls manufacturers (check out the PLC tab). Today’s post is the first I think I’ve written on a systems integrator or “controls house” as they’re sometimes called.

Automation NTH is located in LaVergne, TN, close to Nashville. They do controls design and engineering, programming, system commissioning, contracting and have a large UL508A listed panel shop. They have been in operation since 1999 and like many controls companies and machine builders in the area, the principals (like myself) were at Wright Industries for a bit.

When I first moved here in 2006 to work for Wright, they were some of the first people I met, and my wife was hired into their panel shop, so I got to know them pretty well. After leaving Wright at the end of 2011 they were the first company I contracted for, doing programming and design work around the Southeast. I also got to know a lot of their engineers, many of whom also did a spell at Wright.

One thing that is a bit different about NTH is their emphasis on internal training. For several years they have had a program that takes local university engineering students on as interns. The four month program trains them in AutoCAD/electrical design, general controls and PLC programming, and working them in the panel shop. This allows Automation NTH to evaluate the interns and hire many of them when they graduate, ensuring that they are familiar with good controls practices and NTH’s way of doing things.

In addition they have expanded this into a “NTH University” program that provides ongoing training for employees, allowing them to gain experience in various disciplines. 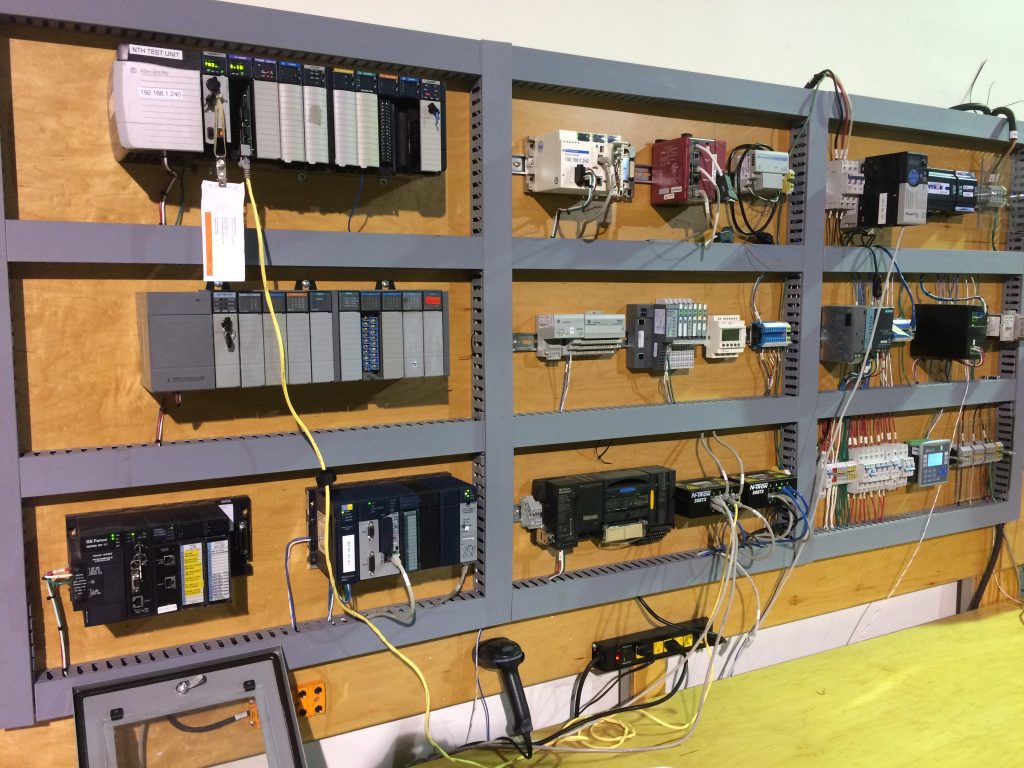 This is a picture of their “PLC Trainer” wall. There are many different brands represented here, and most of the demo’s were built by the interns themselves as final projects. Platforms include Allen-Bradley, Siemens, Modicon, GE, Mitsubishi and more. 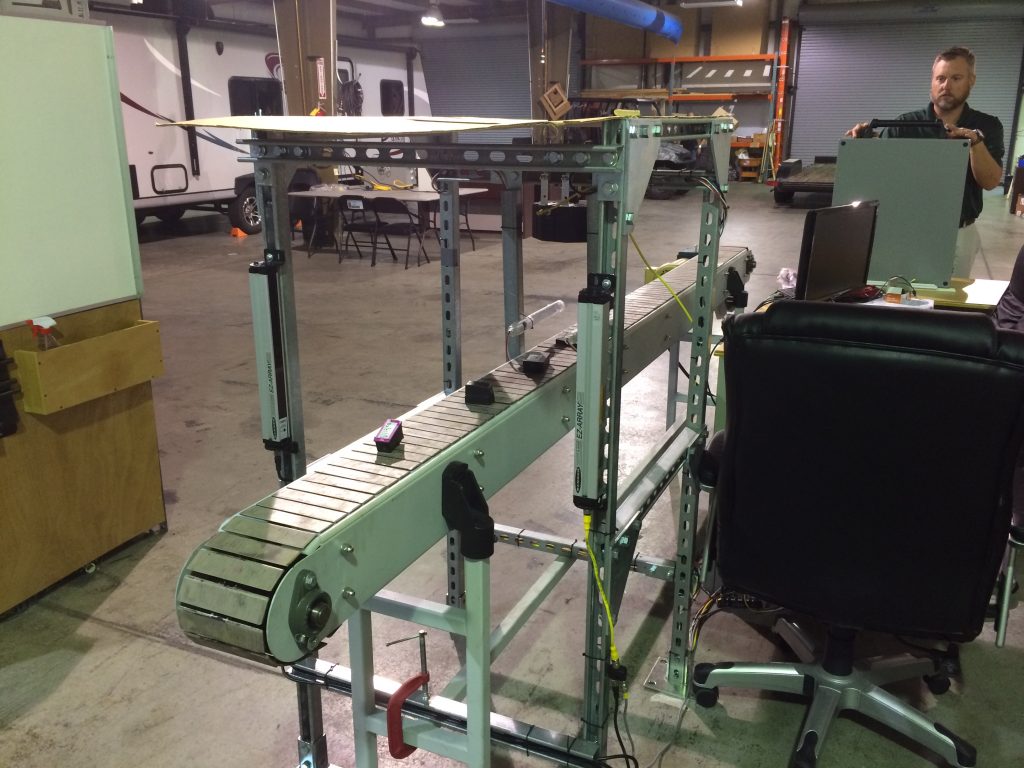 Interns and students have used several conveyors. machine vision and pneumatic components to do projects to enhance their skills. Recently Automation NTH has also expanded this program to allow customers from manufacturing facilities to take a one week “crash course” using the NTH University curriculum. Customers have given excellent reviews on this course since it allows technicians and engineers to use real world scenarios in their training.

I have been fortunate to become involved in this course myself recently as the course has been formalized. Both of my books are being used in the classes and new training equipment has been built for the conveyor labs. 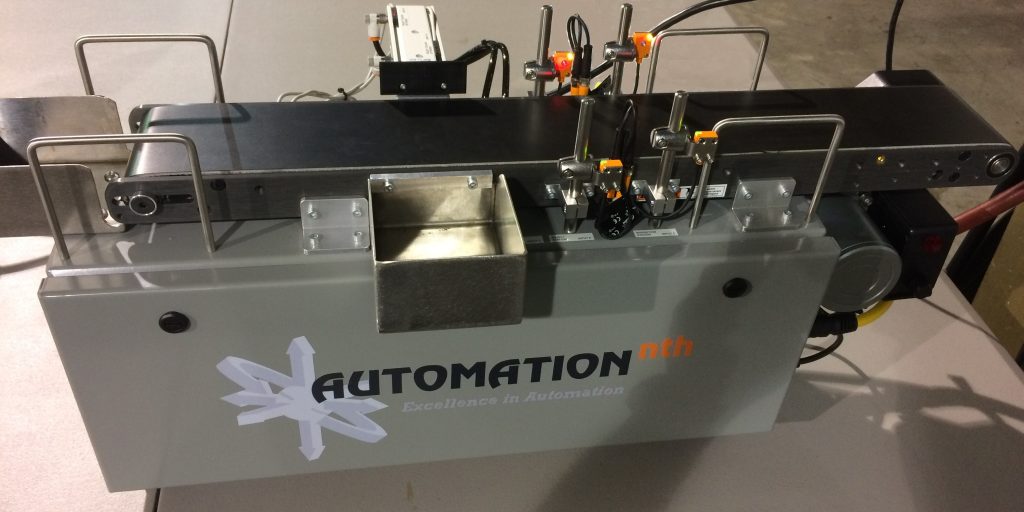 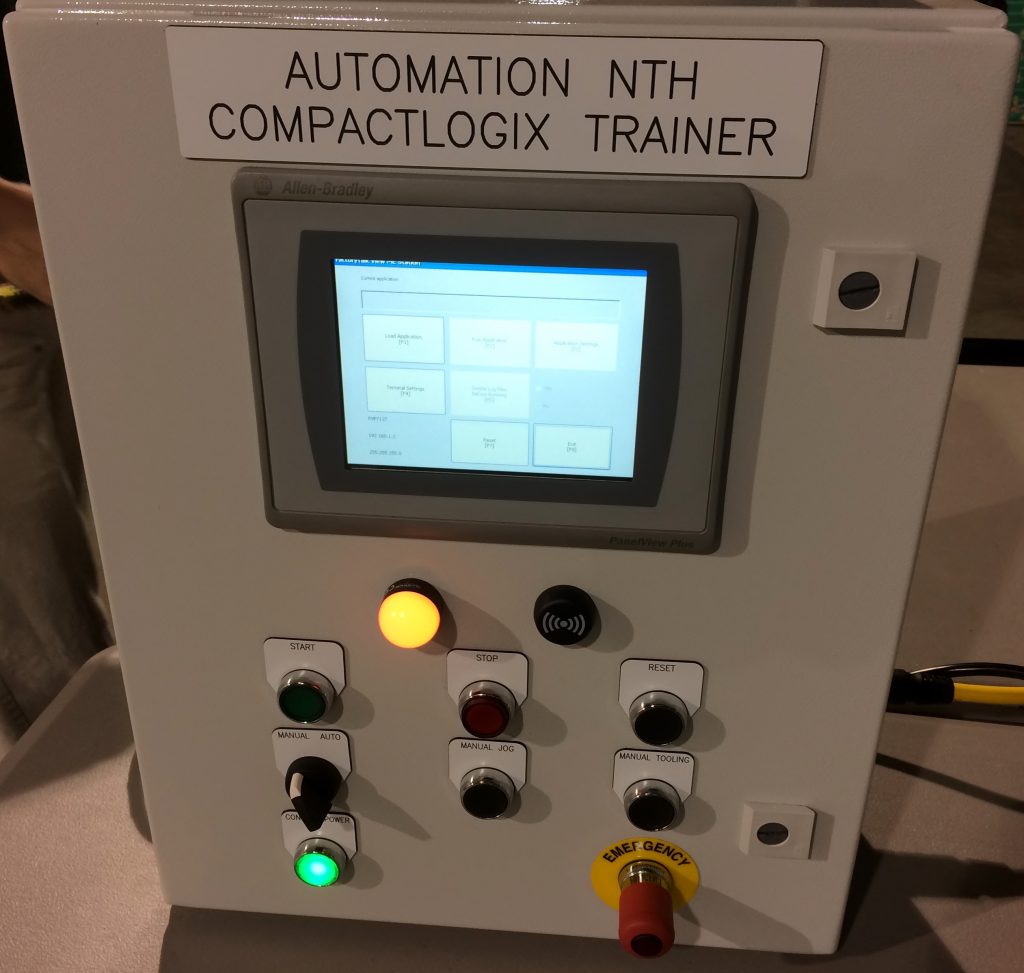 A local university, Middle Tennessee State (MTSU) has also ordered 22 trainers for their engineering classes. They looked so good I simply had to order a couple for myself… 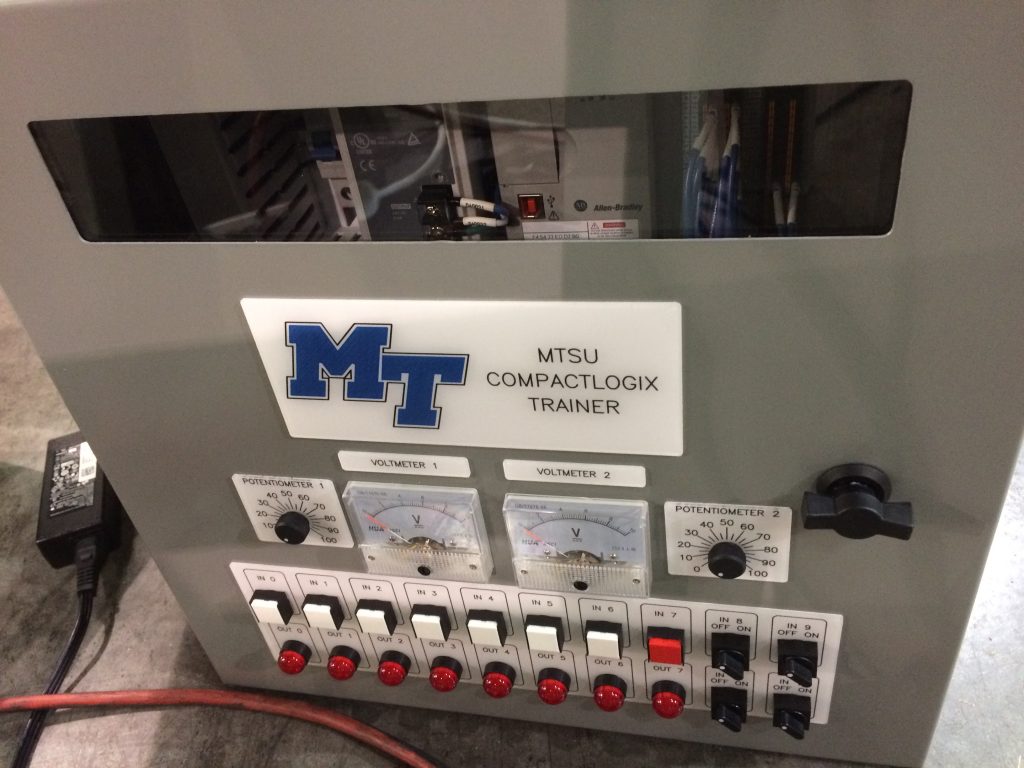 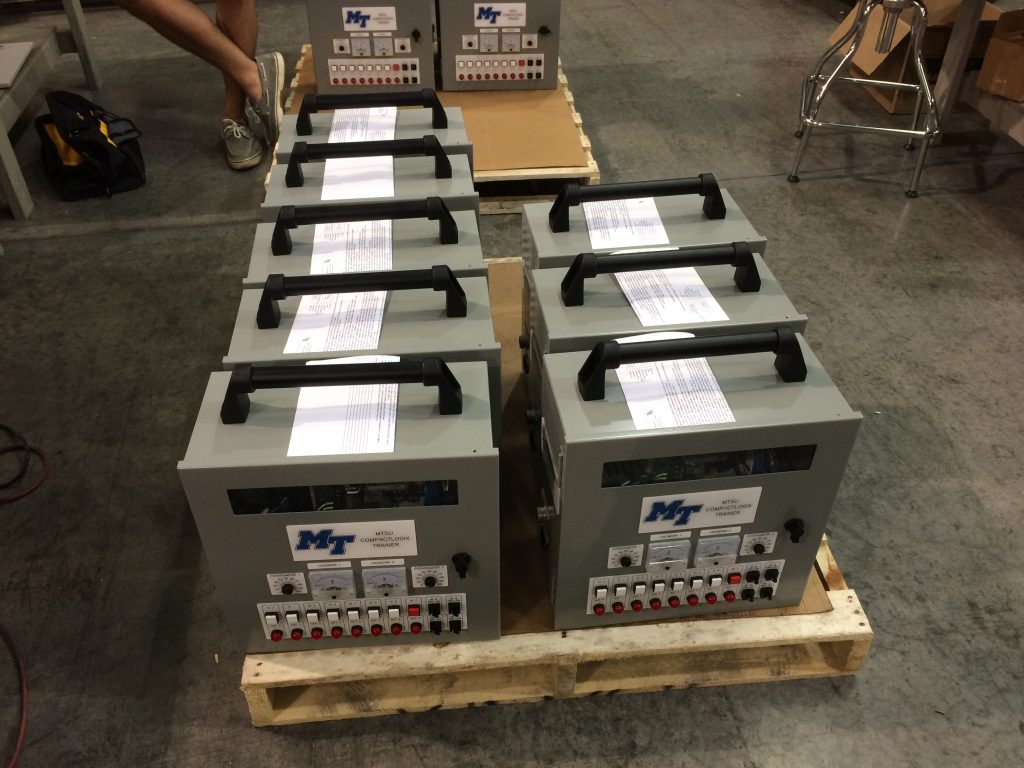 I will also be marketing these trainers and other similar ones on my website within the next few months. One thing that allows NTH to make trainers like this very economically is their CNC panel fab machine.

Oh, and did I mention they also have well-trained personnel, and interns? 😀