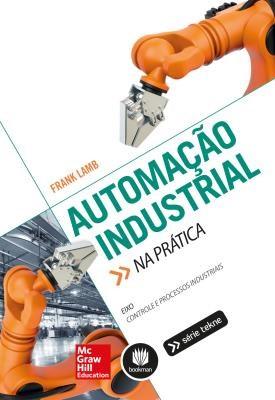 I have been out of the country for a couple of weeks, so I apologize for the lapse in posting. I had intended to post a guest article on robotic welding this week, but I will be posting it next week instead.

When I returned from my trip, I got a surprise from a neighbor who had been collecting our mail while we were gone. He had a box from my book publisher, McGraw-Hill. I had absolutely no idea what it might be; he was worried that it was some kind of food, since the box was marked “Perishable: Keep Refrigerated”.

I thought that possibly it might be a little gift of some kind, since the book has been doing fairly well since its release. Imagine my surprise when I opened the box and there were five books inside, with the cover shown above! It turns out that they had been working on this release in Portuguese with a Brazilian publisher for a while. I had no idea they were doing this and it came as a complete shock.

The book does look quite a bit different on the inside from the original, other than being in Portuguese of course. The pictures and layout are the same, but the tables in the appendix have been merged into the chapters. The book is also softcover and less expensive than the English hardcover version.

I received an e-mail a couple of months ago from a Brazilian engineer who said he really liked Industrial Automation: Hands On and that it had motivated him to move to Canada and further his education on automation. His English was very good and I assumed that it was the original that he had read, but now I wonder. I Googled this Portuguese version and found it available on about 9 different bookseller sites, so it has been out for a little while at least. I will send an e-mail and ask him.

In any case, I will keep one copy as a memento even though I can’t read it, but I will need to find a home for the other four. So if you speak Portuguese, drop me a line!