Simple Machines: The Origins of Automation 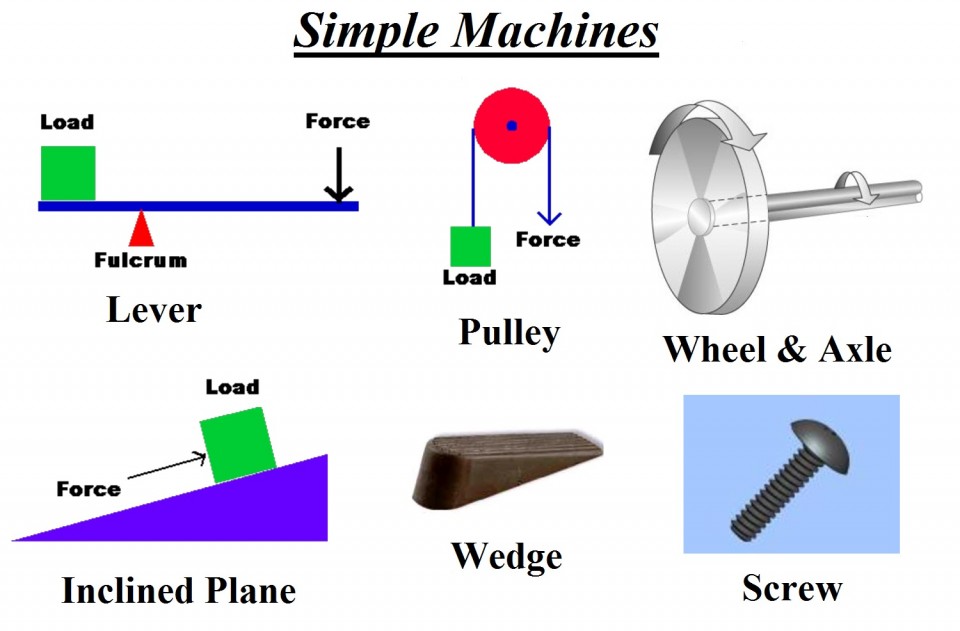 Mechanisms or machine elements make up the basic components of mechanical systems. The primary purpose of a mechanism is to transfer or transform force from one form or direction into another. The most basic elements of mechanisms were described as “simple machines” by Renaissance scientists and included the following:

Gears and cams were developed as an offshoot of several of these elements and are also important types of mechanisms. The classical concept of decomposing machines into these simple elements still has relevance today, though there are elements that don’t fall directly into these categories. Mechanisms and simple machines can be thought of as the building blocks of more complex machines.

Machine elements include components that allow power to be transmitted from one mechanism to another. Elements such as bearings, couplings, clutches, brakes, belts and chains are examples of components that facilitate movement. Bearings and couplings evolved from the wheel and axle while belts and chains are derived from the concept of the pulley.

Many of the more complex mechanisms we use today have their roots in these simpler devices. The ratchet and pawl is an example: it combines elements of a lever, a spring and a gear to create a device that allows rotation or movement in only one direction. This was an important development in the evolution of the mechanical clock, along with gearing. An example of a very simple ratchet and pawl device is a tie-wrap or “zip tie”. Once the tail has been pulled through the loop it has to be cut off to be removed.

A spring is another basic element of mechanics. Though we think of a spring as a coiled piece of pre-hardened wire, a spring is defined as an elastic device that stores energy. An example is the string on a bow and arrow; this was one of the earliest examples of a spring used to amplify force.

These simple mechanical elements were developed hundreds or even thousands of years before the advent of modern automation. After the industrial revolution and introduction of electricity, motors, pneumatic and hydraulic cylinders and even mechanical relays all evolved out of these concepts. It is important to consider these basic elements of mechanical systems when designing machinery or automated systems.

0 Comments on “Simple Machines: The Origins of Automation”