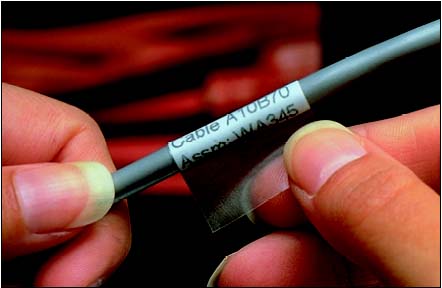 Recently I was involved in a discussion on the best method of numbering and labeling devices for systems and machinery. I have used several different methods in the past, depending on customer preference and the type of application; these methods were usually already chosen and were appropriate based on the job. In this case however, a method had not been selected yet, giving us lots of fuel for discussion.

After going through this analysis exercise, I have broken down device designation into three broad categories:

1. Labeling the device based on the I/O point it is connected to.

2. Labeling the device based on where it appears in the electrical schematics (i.e. line/page number)

3. Labeling the device based on mechanical or physical layout (i.e. P&ID or similar)

The first method includes labels such as PX00205, CBL00314, SV00611A. The type of device can then be interpreted as PX for proximity switch, PE for photoeye, SV…A for solenoid valve and so on. The number then relates to the node, slot and point; i.e. PX030205 is connected to node 3 (distributed I/O), slot or card 2, input 5. Sometimes designers will even go so far as to ensure that the node or slot number lines up with the page number in the schematics.

The second method looks similar, but a number such as 0232703PX might indicate that the device is shown on page 23 of the schematics, line 27 and is connected as the third wire number on that line. Both this and the first method are often used for machinery. This is discussed further here.

The third method uses a designation based on the physical layout of the system. P&ID diagrams provide designations for physical groups of equipment, often a four digit number that can include a subsystem. For instance, device ZSL8705 might indicate a low-level or retracted sensor in group 8700, which may also include 8701, 8702, etc. This method is often used in process control systems and a P&ID diagram is used to provide details on the function and location of the device. I have only occasionally seen this method used in machinery outside of the process world.

Another method I have seen used that is related to the third method is designating the station number and device number in the label. An example would be PX01005, which indicates proximity switch number 5 in station 10. I am not a fan of this method since the switch number is arbitrary (simple numerical order) as may be the station number. Rather than being related to a standard document like a process and instrumentation (P&ID) diagram, the method depends on the vendor to provide detailed mechanical layout drawing showing station numbers and sensor locations. As for which method was used after the discussions I mentioned at the beginning of this post? You guessed it, it was this one. Despite my best efforts, I was unable to convince the end-user that this was not ideal.

I have also seen OEMs simply number terminal blocks in numerical order (1,2,3…x) and label the cable by whichever terminal the wire landed on. I don’t consider this a method at all, since it really provides no benefit. It indicates inexperience on the designer’s end to me.

I would like to poll readers as to which of the three methods above they use and why. I often share posts on Linked In and people choose to place their comments there; I will try to reflect those comments on this site also, but if you will comment here it will make things a little easier. Again, listed below for your convenience:

1. Labeling the device based on the I/O point it is connected to.

2. Labeling the device based on where it appears in the electrical schematics (i.e. line/page number)

3. Labeling the device based on mechanical or physical layout (i.e. P&ID or similar)

I hope to be able to share the results of this poll as they come in over the next few weeks. Please comment!

** Results from this poll have been tallied here…