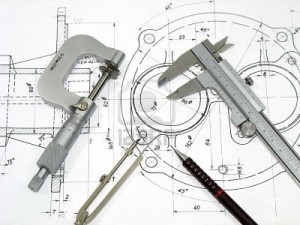 I started my technical career in the US Air Force. I joined when I was 21 years old after holding a series of minimum wage jobs after failing to graduate high school and getting my GED in 1978. The military gave quite a bit of the discipline I was lacking in my early years and also gave me quite a bit of good electronics training.

In 1989 I got out of the service and entered the Electrical Engineering program at the University of Tennessee. I had a list of the top 50 programs in the country, narrowed it down to the top five based on where I wanted to live and chose Knoxville after taking a visit.

School was pretty hard. I didn’t have the math and science background so I spent a lot of late nights catching up. The last couple of years actually seemed easier to me than the first ones because they dealt more with the meat of the subject. I graduated in 1993 with my Bachelor’s in Electrical and Computer Engineering and was very proud of what I had accomplished. My first job out of college was for Stephenson Controls. I learned a lot from this company who sold control components and did a lot of applications work. I learned PLC programming on the Omron and Eagle-Signal platforms and helped people and companies put together control systems. I also learned just how much I still had to learn.

My next job was for an Allen-Bradley distributor. I started in sales but ended up being a product support specialist for vision systems, control components and motion control. For four years in these two companies I went to a lot of product training seminars and training sessions at the manufacturer’s facilities. I also visited lots of factories in a sales and applications role. This sowed the seeds of starting my own company in 1996 because of all of the plants that needed packaged controls solutions rather than individual components. My company quickly changed from being a small panel builder and project house to a full-fledged controls company and machine builder.

After closing my company in 2006 and going to work for a very large custom machine building company I met a lot of very good engineers and saw how projects were handled on a large scale. This was a great experience for me and again led to starting my current company. I also started writing my book about a year and a half ago after thinking about all of the things I learned after graduating from college that they simply don’t teach in standard engineering education.

So what did I get out of engineering school? Probably the most important thing was an engineering approach to defining and solving problems. One of my professors would take fifty percent off of your score if you did not write “Given:” and “To Find:” at the top of every assignment and clearly define the information you had to work with and what information had to be deduced or researched.

I also developed the habit of keeping engineering notebooks which were required for every class project. I still create one for every project of any size and often end up going back to them for solutions to particular problems.

One of the important elements I received after college was product training. College taught a lot of theory and design skills but completely ignored the components that make up a machine or system. Simple things like relays and motor starters, din-rail mounting systems, the NEC and NFPA were not covered at all. More complex things like commercial vision systems and intrinsic safety were also not part of the curriculum. Much of this is not considered necessary in the university environment but is often covered in trade schools. This is left up to the graduate to learn however they can after getting into their first job. Unfortunately if one goes straight into a factory making some specific product the opportunity to learn the full range of products available is simply not there.

The other critical part of the engineering discipline is accuracy and attention to detail. When initially defining and designing a project selection and sizing of components and detailed drawings are extremely important. The project I am currently working on was not specified accurately on the front end and now the project is paying the price by having servo motors and test equipment replaced, sensors added, I/O points moved and mechanical assemblies redesigned and replaced. These things obviously cost a lot of money in labor and hardware but also make the schedule slip. This makes the customer understandably upset and can lead to further financial penalties.

This can be further complicated when the information exchange between the customer and designers is lacking. If the project is not accurately defined on the front end the project can become a loser from the start. The quoting process can be laborious and time consuming but if the writeup does not go into great detail it can lead to more cost overruns, delayed schedules and rifts between companies. Extra time spent on the front end of a project can pay off tenfold by the end.

My wife builds control panels for a large OEM. She is constantly having to red-line drawings due to mistakes by the designers. Some of these errors are due to lack of attention but many are due to lack of training and standards. When the same mistakes are made over and over the source is usually one of these. This is also why engineering and specification work is usually checked by peers before being released for production. All too often this is only paid lip service by engineers who pre-load the “checked by” and “approved by” boxes with their peer’s or bosses’ initials for a cursory glance in the interest of “saving time”.

Engineers who are accurate and detail-oriented often end up migrating into other aspects of business management. This is often due to the focus on solving problems and the approach to project management. Personality is also a big part of this. Just because someone graduates from an engineering program doesn’t mean they have the temperament and patience to focus on every detail of a design.