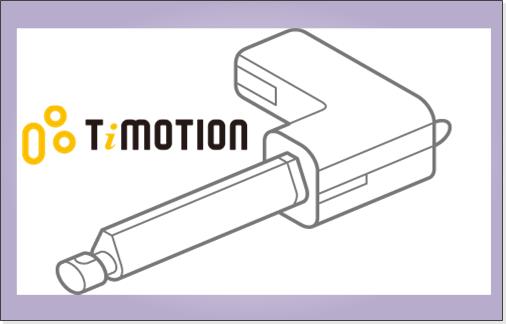 Today’s article is a guest post by TiMotion, an electric linear actuator manufacturer.

Get The Essential Facts About Actuators

Don’t make the mistake of buying a robot when a simple actuator will do. Robots have become the “go-to” tool for industrial automation, yet they’re often expensive overkill. For many automation tasks, a linear actuator or two is a much smarter choice.

Actuators come in many shapes, sizes and capabilities, but it’s not necessary to be an expert to figure out how and when to use them. Understand their strengths and limitations and you’re on your way to implementing innovative and inexpensive automation solutions.

Most modern robots have five or six axes of motion, each rotating from a joint. That means, these machines naturally move in arcs, but often you just want something to move in a straight line. That is difficult for a robot: several rotational movements must be coordinated to produce a linear translation.

An actuator produces motion in a single direction, usually with a single motor, and in many situations that is all that is needed. Adding two more actuators and synchronizing their motion allows complex 3-D paths to be followed, all for less than the cost of a robot.

Start With the Task

• How many axes? Diverting a box from a conveyor takes a single axis. Lifting individual packs off a conveyor, translating and lowering into a carton is two. It’s often possible to reduce even complex motions down to two or three axes. Just adjust relative heights, provide a chute, or let a box pivot to change orientation.

• How far to move? Six feet and you need a conveyor. Six inches, and an actuator will do the job. It’s all about the length of stroke.

• How fast? Consider speed and the need for control over acceleration and deceleration. Aggressive movements can break fragile parts or cause them to move out of position.

• How much mass has to be moved? A gallon of engine oil takes more force to push off a conveyor than a pack of baking soda.

• Reconfigurability? Inexpensive actuators move to the end of their stroke or a hard stop. Others are programmable for speed and position, making them easily reconfigured.

With the above parameters established, it’s time to choose an actuator.

The three main types are:

• Hydraulic — capable of very high forces and long strokes, but are not programmable. They need a big power pack and piping, and are prone to leaking.
• Pneumatic — widely used in automation because they’re cheap, but air needs piping in and is expensive.
• Electric — compact, programmable, easy to run in wiring, capable of high speed, force, precision and controlled acceleration and deceleration. Energy is only consumed when moving.

In automation, hydraulic actuators are increasingly giving way to electric actuators, because of their superior compactness.

Other types of actuators include: linear motors, voice coils and piezo-electric actuators.

Changes of position or direction, like the conveyor-diverter example, are easily accomplished with a single actuator. Other examples are: opening a door to allow product to be dispensed, and raising a cover. With control over the stroke, a single actuator can perform positioning. An example would be moving the head of a labeling machine for different carton sizes.

Many robotic-type tasks can be accomplished with a gantry. Three axes let a gantry cover a large volume. This kind of structure is ideal for machine loading and unloading, packaging and if shrunk, 3-D printing.

A selection of other actuator applications would include: passing a screen print “squeegee” across a silk screen, moving a laser height sensor over a box for height measurement, or feeding sheet metal into a press or forming machine.

Cheaper than a Robot

Actuators provide movement, making them an essential automation tool. Actuators come in an almost limitless variety of shapes, sizes and capabilities. Some are pneumatically or hydraulically powered, but electric power offers the greatest flexibility and has the advantage of being programmable. For complex motions, consider synchronizing electric actuators and reap the benefit of robotics at a lower cost.

About the Author
Jon Mueller is a Business Developer for TiMotion, an industry-leading provider of electric linear actuators. TiMotion specializes in customizable components including columns, motors, power supplies and controls.