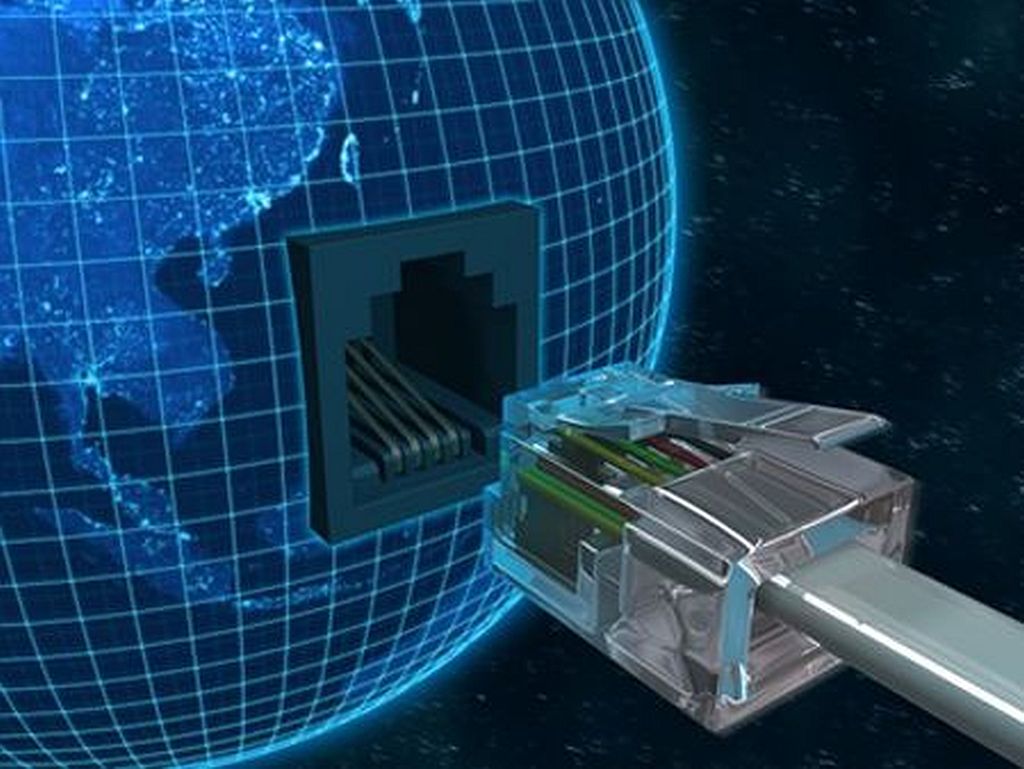 Today’s post is dedicated to my new friends at Poseidon Industries, a manufacturer of stone cutting and processing equipment, located in Punta Gorda, Florida. Last week I did some software work there and had some discussions on industrial Ethernet protocols and applications; this article is a recap of some of the things we talked about.

First a few definitions. The following is taken from chapter two of my book, Industrial Automation: Hands On:

Ethernet is a framework for computer networking technology that describes the wiring and signaling characteristics used in local area networks (LANs). The medium used for cabling Ethernet communications can be in the form of twisted pair wiring, coaxial cabling, or fiber-optic lines between points. As with the other communication methods described in this section, Ethernet only describes the physical characteristics of the system in terms of wiring and not the communication protocol used across the wires or fibers.

Because of the widespread use of Ethernet in computing, nearly every computer is now equipped with an Ethernet port. Switches and hubs are used to connect computers and control devices in wide-ranging configurations. There are two different pin configurations for standard Ethernet cables: one with direct terminal-to-terminal configurations used with switches and hubs, and another known as a “crossover” cable for direct port-to-port connection.

Ethernet communications are very fast in comparison to serial and parallel communications and can transfer large amounts of data quickly. Devices are assigned a unique address at the factory called the MAC address, an abbreviation for media access control. This is a 48-bit binary address that is usually represented in hexadecimal with
dashes, such as 12-3C-6F-0A-31-1B. Addresses must then be configured for each device on a network in the format of “xxx.xxx.xxx.xxx.” Addresses can be configured directly by typing them into afield or configured automatically by a server using Dynamic Host Configuration Protocol (DHCP). Typical LAN systems use DHCP to prevent accidental duplication of addresses. A subnet mask is also used to prevent crosstalk between different connected networks.

TCP/IP is the set of communication protocols used for the Internet and other similar networks. This collection of standards is now commonly referred to as the Internet Protocol Suite. It gets its name from two of the most important protocols in it—the Transmission Control Protocol (TCP) and the Internet Protocol (IP), which were the first two networking protocols defined in the standard. Today’s IP networking is a combination of several developments that began in the 1960s and 1970s. The Internet and LANs began to emerge in the 1980s and evolved with the advent of the World Wide Web in the early 1990s.

The Internet Protocol Suite may be viewed as a collection of wiring and signaling “layers.” Each layer addresses a set of problems involving the transmission of data. Services are provided to the upper layers by the lower layers, which translate data into forms that can be transmitted. The stream of data being transmitted is divided into sections called frames. These frames contain both source and destination addresses along with the transmitted data and error checking information. This allows the information to be retransmitted if it is detected to be different from what was sent originally. Errors are often caused by data “collisions” and require the data to be resent; this is more common as more devices are placed on a network. Because of this, the network speed is slowed dramatically and cannot always be reliably estimated. Standard Ethernet is considered to be a nondeterministic networking system because of this and is not suitable for direct I/O control.

Ethernet/IP is a subset of Ethernet often used in process control and other industrial control applications. Developed by Rockwell Automation and managed by ODVA, it is an application layer protocol, and it considers all of the devices on a network as a series of “objects.” Ethernet/IP is built on the widely used CIP (Common Industrial Protocol), which makes seamless access to objects from ControlNet and DeviceNet networks. Maximum response times can be configured and managed within this protocol, making it much more suitable for control applications.

Another version of Industrial Ethernet is the Siemens version, ProfiNet. Like EtherNet/IP, ProfiNet is an open protocol that other vendors have created device drivers for. The biggest takeaway from this is that these different communications methods cannot talk to each other directly. To use EtherNet/IP or ProfiNet you have to have a device driver specific to the protocol. In the case of the Poseidon equipment, the touchscreen is a third party device with both serial and Ethernet ports. The ports need to be configured to communicate with whatever controller is used, in this case Allen-Bradley. If the port is configured for EtherNet/IP, it will not be able to communicate with a Siemens PLC. It also can’t provide information over a standard TCP/IP network unless other nodes on the network have a suitable driver; it also isn’t proper to mix control networks with other plant business traffic for the nondeterminism reasons mentioned previously.

In addition to having a static IP address (xxx.xxx.xxx.xxx with a mask) or a dynamic address (assigned by a server) there is a third method of assigning an IP address. BootP, or Bootstrap Protocol, is a method of assigning an IP address from a configuration PC. Rather than reconfiguring a PC’s port to match a device, many devices are shipped in a BootP configuration. A computer can then use a BootP server to identify devices on a network using their MAC address. The device can then be assigned a permanent static address even if the configuring PC’s IP address and mask is not on the same subnet. Allen-Bradley’s software ships with a pretty good BootP Server which I usually use to configure all other manufacturer’s devices that arrive in BootP configuration. These include valve manifolds, machine vision systems and various other smart devices. Typically HMIs and VFDs can be configured from a keypad or configuration screen so BootP is not necessary.

An important note when using the BootP server: it is very important to ensure that the device being configured is taken out of BootP mode after setting a static address. Otherwise the next time your device is powered down it will lose its address and come back up in BootP again! Of course assigning appropriate addresses for all of your devices is another important design consideration.

Well, after some great hospitality down in Florida from the folks at Poseidon, I am headed to the frozen tundra of Minnesota this week. Also after dealing with Allen-Bradley controls last week I have to switch to a Siemens S7-400 platform. And rather than machine control, I will be doing process control in the dairy industry.

What are you all working on?