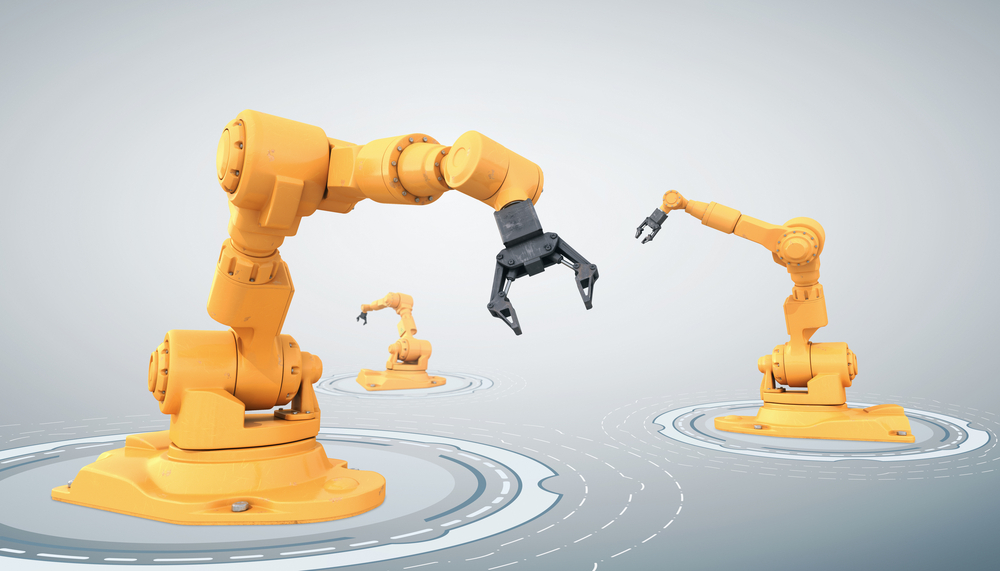 This week’s post is presented by Acieta, a robotics integration and automation company with facilities in Wisconsin and Iowa. This article lists some of the advances that have made the use of robots common in various manufacturing areas.

Robots On The Assembly Line

Dispensing a bead of glue is a tricky task, the hand wobbles, speed changes and bead shape varies. Achieving the same result each time is impossible, humans have incredible capabilities but perfect consistency isn’t one of them. Precision assembly and dealing with components almost too small to see is incredibly difficult — these situations call for robotic assembly.

Growing numbers of manufacturers are adopting robotic assembly. Companies in the automotive industry see robotic assembly as a way to improve quality and safety, add flexibility, and address employee turnover and skills shortages.

The consumer electronics industry adds another benefit to this list: with increasing miniaturization only robots have the precision required for assembly work. Other industry sectors are adopting robotic assembly, too. Lawn equipment, domestic appliances and medical device manufacturing are all starting to reap the benefits.

In industries like electronics, product lifecycles are measured in months rather than years. This makes it difficult to justify investment in dedicated assembly equipment. In contrast, robots are highly flexible and quickly reconfigured for a new application. This reduces capital investment risk and can lower overall costs.

The automotive industry also utilizes robotic automation in a second way; whereas a body-in-white assembly line could only produce a single vehicle, using robots for assembly, spot welding, laser welding, brazing and polishing means multiple body styles can be assembled on a single line — one after another.

Robots aren’t new, so it’s fair to ask what’s changed to enable the growth in assembly line applications. The answer is sensor technology; both machine vision and force sensing. These technologies have matured, becoming easier and cheaper to use. As a result, many robot assembly applications now utilize one or both.

What’s more, force sensing helps replicate how people put things together. A shaft might be pushed into a bore until resistance is encountered. The operator or robot then changes the insertion angle or rotates the shaft, sensing resistance and adjusting until the piece goes home.

Manual assembly carries a heavy cost regarding worker injuries. Repetitive motion injuries are common, as well as back problems from lifting and twisting. Chemical exposure to fumes like those from adhesives, oils or coolants, is often a problem, causing skin irritation, etc. Using robots to perform these tasks protects employees, avoids costs associated with accidents and sickness, and ultimately helps to reduce turnover. 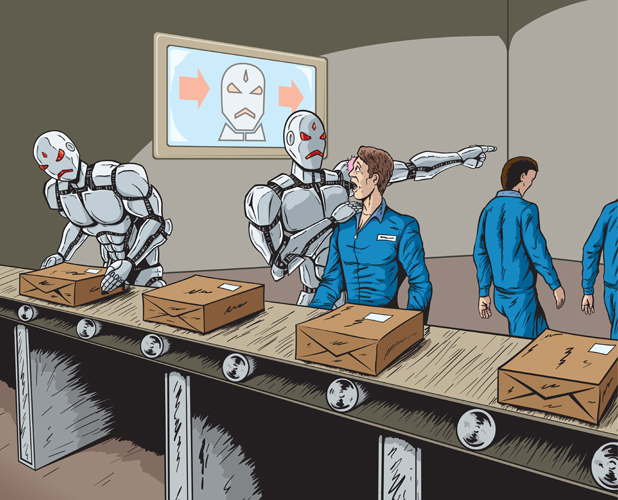 As more robots are deployed on assembly lines, floorspace is an issue. Historically robots have needed large and robust safety enclosures, limiting the number of robots used within a given space.

Now, robot controllers can incorporate smart safety features, allowing them to work without hard guards that restrict human entry into robot workspace. Instead, sensors detect the proximity of a worker and will slow or even stop the robot before an accident occurs.

This leads to the collaborative robotics concept — where machines and humans work side by side. The robot does the precise, repetitive work and performs heavy lifting and twisting, freeing humans to focus on intellectual work.

Manufacturing businesses are recognizing the advantages of using robots on their assembly lines. Quality improves and accidents and injuries are avoided. Greater flexibility supports shorter product lifecycles and more variety, while reducing investment risk. Most interestingly, advances in technology mean robots can work alongside humans, boosting productivity while creating a better workplace.

Bob Goossens is the Chief Operating and Technology Officer for Acieta, a company that specializes in Industrial Robotics automation with the objective of helping American manufacturing be globally competitive.

I appreciate contributors that provide educational automation or technology-related material to this site. If you have something you’d like to say or an article you would like to contribute, please send me an e-mail or leave a comment!