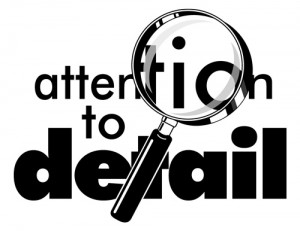 Not long after starting the original Automation Consulting in 1996 I met a machine builder in Knoxville who taught me a great deal about machine building. When we started working together there were only a few of us and sometimes we didn’t follow the best practices when putting together systems.

I had hired a couple of ITT Tech students to help build control panels and wire machines. One day after they had gone home we were powering up a machine for the first time. Tom, the owner of NAS, has a rather long and stately chin. He was bolting a piece onto the aluminum extrusion frame of the machine and his chin was resting on the anodized material, when all of a sudden he kind of jumped. He had felt a kind of tingling in his chin and thought there might have been a sharp edge on the frame or something. He ran his hand over the frame and didn’t feel anything, so he went back to bolting on the piece.

Again he felt the tingle in his chin. Just as I looked over at him a hall effect switch on the cylinder next to him went up in a puff of smoke. We removed power from the machine and investigated further.

There were a couple of receptacles mounted on the frame for auxiliary equipment and one of the student techs had gone home before wiring the plug. 120VAC was applied to the metal receptacle which in turn was bolted into the frame. Since the frame was anodized there wasn’t enough conductivity to zap people working on the machine, but there was enough to tickle Tom’s stately chin. There was also enough juice to make its way through the cylinder body and fry the sensor.

There were several precautions that are pretty standard that would have avoided this kind of event. Most machine frames are well grounded. Breakers and fuses are also usually not connected until the powered device has been checked out. Most technicians also know not to leave things half finished.

This past week I had the misfortune to have to work on a system that was full of errors. Part of my job was to determine all of the things that needed to be fixed to make the machinery run. While checking the machine out I found many mistakes that were pure laziness or lack of attention to detail. Everything from labeling and documentation mistakes to poorly designed concepts contributed to the overall problem.

This week I have to make a report that captures all of these problems while still needing to be diplomatic. There is no way to do this without making somebody look bad. This will be further complicated by the fact that I am going to have to decline being part of the solution; I have no interest in involving myself in the project further.

For everyone out there involved in the automation field or any other job for that matter, please take pride in your work and do it well.